It was a clash of football heavyweights in Japan when Fernando Torres’s side Sagan Tosu clashed with Andres Iniesta’s team Vissel Kobe in Japan. The former European stars thrilled the fans even though the game ended in a barren draw. 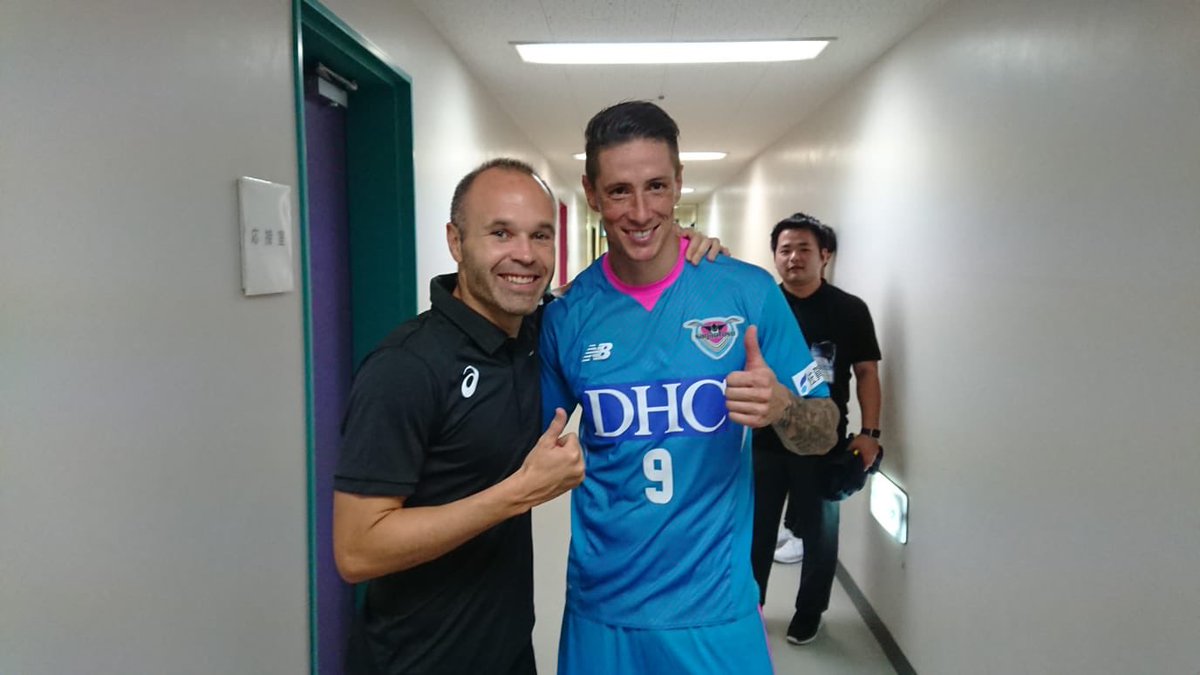 Both sides met in August where Tosu ended up winners, defeating their rivals convincingly 3-0. Torres was on the scorers’ sheet in that game. The result was important for morale as they were 16th on the log, compared to Kobe that were in the 11th spot.

This time tens of thousands of fans filled every possible spot at the famous Noevir Stadium. Lucas Podolski, who was the first of three World Cup winners to move to Japan recently, was also involved in the game. He plays for Vissel Kobe. He moved to the J-League in 2017 before Iniesta made the decision to leave Barcelona this year. Torres has credited Iniesta for helping him decide to move to Japan as well, as there several options on his plate when he was set to exit Atletico Madrid.  The three highly decorated football stars raised the profile of the league so imagine all three in a single game.

Torres, who was the skipper for Tosu, was visible in the opening minutes as Tosu started well. Anything he did, including a sleek back-heel flick, was applauded by the fans. As the game progressed, midfielder star Iniesta started to dictate the pace of the game. He was in control; sending good passes and dribbling through the visiting side. He combined well with Kyogo Furuhashi, who missed several chances.

The Ushi also had opportunities through Podolski, with the former Bayern Munich and Arsenal man having the first real shot on target. All through the first half, both sides tried to create chances but they were very limited.

Furuhashi had more opportunities after the break but he kept on missing. However Kobe were able to force the opposition to their own half. Torres was left upfront alone, struggling to fight off defenders anytime he was in possession of the ball. The coach decided to pull out Torres and get more players behind the ball. Podolski had one other chance but he missed narrowly.

The game ended in a goalless draw. Vissel Kobe would be the more hurt as they could have buried their chances in the first half. Podolski was the real threat in the second half, while Iniesta’s magic helped fuel the attack in the first half. After the game, Torres admitted that the host side had better control of the game while the struggled to counter. He said the second half was more balanced as they tried to create chances. All in all, Tosu would be the happier side with the result.